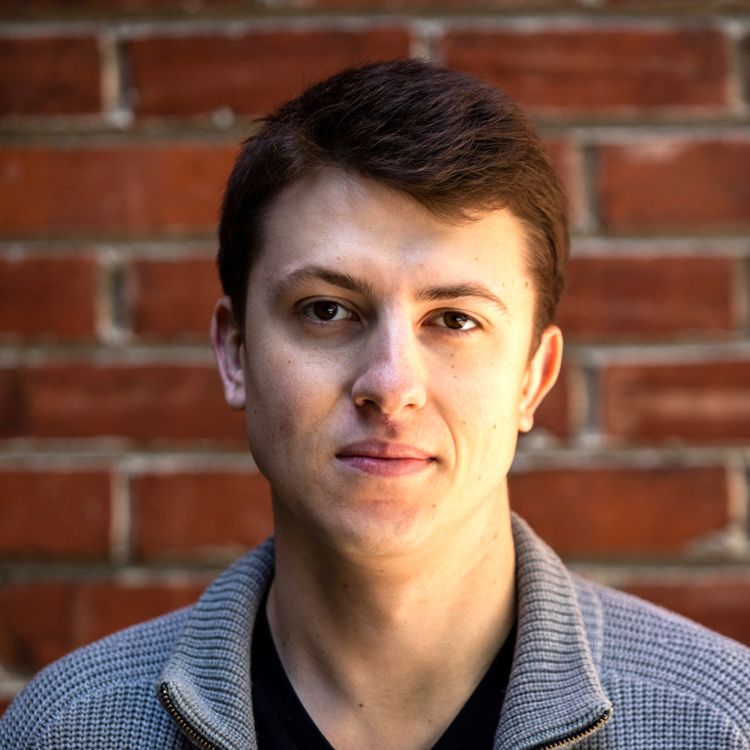 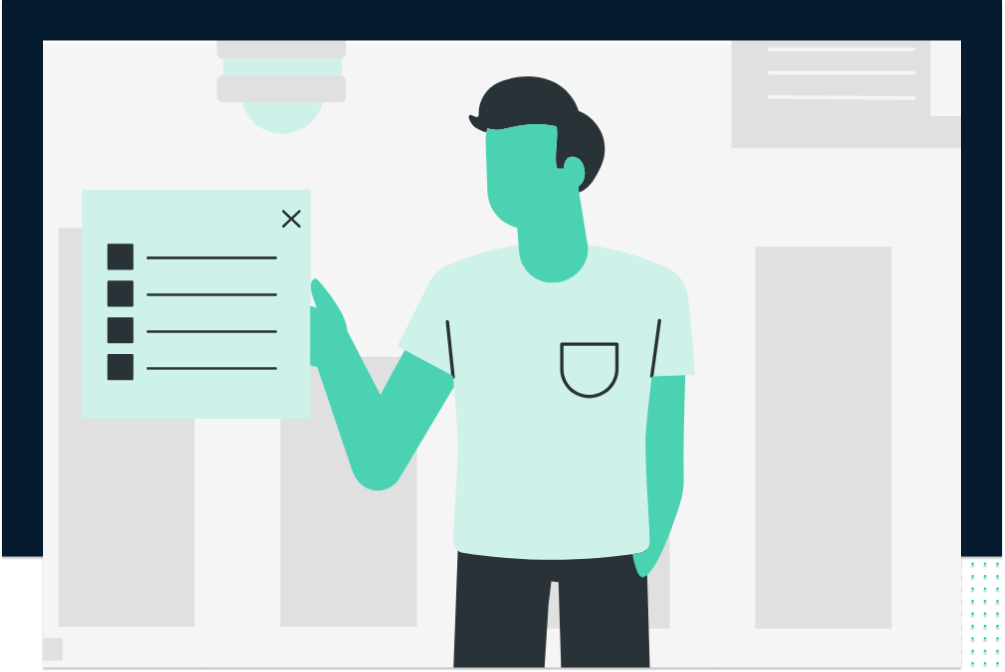 Recruiting may be the most important job of any founder.

It’s also the skill that, as a founder, you’re least likely to have when you’re starting a company.

That’s not your fault—not many people who start companies come from a recruiting background. But ignorance of the importance of recruiting—and the need to get good at it quickly—tends to lead to problems.

At Dover, we’ve talked with hundreds of founders who are navigating the job market from the other side of the equation for the first time. And we’ve noticed some trends in terms of the kinds of misconceptions founders tend to make that get in their way:

Here are the most important yet counterintuitive realities founders need to internalize about startup hiring.

1. Delegating the pitch call too early

As a founder, you’re always busy. There are dozens of tasks clamoring for your attention and only so many hours in a day to get them done. That means, from early on, you have to start making tough choices about what to delegate.

Too often, communicating with potential recruits to get them excited about the company is one of those things that gets delegated.

The truth is, while pitching potential candidates does not scale, you shouldn’t delegate that task for a while — at least until you hire the first couple people in each role. By delegating the role of pitching to people about your company, you’re delegating something that only the founder can truly execute on.

It’s hard for anyone other than the founder to generate the enthusiasm or vision necessary to convince new people to join your team. They’ll never be able to improvise as well as you or answer questions the way you would, and the people you want to hire are going to leave with a lukewarm impression of what you’re doing.

As the company grows and the number of successful hires grows with it, you’ll be able to systematize the hiring process in a way that makes it easier to hand routine hiring off to someone else, while you narrow your focus to senior hires. But in the beginning, every individual hire needs your attention.

2. Choosing your hiring criteria too narrowly

Founders often come into the recruiting process for a role in which they’re highly convinced they know exactly what kind of person they’re looking for — even if they’ve yet to interview a single person for the role.

It’s good to have convictions—but convictions can often turn into arbitrary lists of requirements that are more counter-productive than useful. Knowing what skills you really need, particularly for those earlier spots, is a lot trickier than it seems.

There are two big mistakes you risk making when you set your screening criteria too narrowly in the beginning:

Casting a wide net is particularly important when you’re hiring the first person in a particular role. You need to talk to a wide range of candidates to get a sense for what the spectrum of quality is, and the types of people who are going to be excited about the opportunity.

At an early-stage company, you don’t always know exactly what you’re looking for in the first place. You might have it in your head that you just need to hire someone to do your UX and realize, through repeated explanations of the role, that you really need a full-time designer. Or you think you need someone to help out with basic HR duties and realize what you really need is someone to start a whole people ops department.

Having conversations with lots of different people can help you come to these realizations, which is why it’s always worth casting a wider net than focusing in too early.

Another thing that it is easy to trip up on is over-screening for certain programming languages. You’re looking for someone who writes Python, and you come across a promising ex-Googler (of five years) on LinkedIn with a lot of great experience. The problem: they don’t list Python among the languages they know.

In reality, they might not have thought it important enough to mention they write Python; they might have forgotten to include it. And even if they actually haven’t written Python before, being at Google for five years likely means they can pick it up without too much trouble.

Lastly, be cautious about investing a disproportionate amount of your time on just a few prospects. Don’t get stuck on a few people—keep meeting, keep talking, and close the people you want.

The interview process takes a while from end to end, and people get antsy. You don't want to put yourself in a position where you've spent 2 months selling your favorite candidate and ignoring other prospects, only to lose both your “big fish” candidate —  and other promising candidates, too.

3. Only talking to people who are looking for a job

The impulse to limit your search to people who are actively looking for a new opportunity is understandable. It seems like it should make the search more efficient and get you to “yes” faster.

But by not talking to people who aren’t necessarily looking for a new role yet, you cost yourself several ways. Number one: you could cheat yourself out of an ideal candidate who just doesn’t know you’re hiring. Number two: you miss out on chances to “market test” your pitch — and learn what types of candidates are excited about your opportunity. Number three: you miss the opportunity to spark interest that could pay off long-term.

Not everyone who isn’t actively job searching is 100% happy where they are. We’re all familiar with the concept of the “rest and vest” hire: employees who land at big tech companies and are really just waiting for their shares to vest rather than doing any work that they find particularly inspiring.

Even if everyone you talk to is perfectly happy at their current job, reaching out and talking to them gives you a chance to practice your pitch and refine it based on what does and doesn’t resonate with the kind of team member you’re hoping to hire. It also helps you to widen your net since the people you talk with might not be looking for a new opportunity but may know someone who is, and that person might be a good fit.

Lastly, remember, just because someone isn’t interested now doesn’t mean they can’t change their mind down the line. Plenty of people have turned down job opportunities at first, only to change their mind months or even years later. But again, if you don’t take the shot, you’ll never know.

Something that often gets overlooked when it comes to recruiting, not only by founders but also by many people, is that hiring is a two-way street.

Highly skilled employees have plenty of options when it comes to who they work for—which is why so many hardly bother to keep their LinkedIn profiles updated.

Your startup, on the other hand, likely doesn’t have built-in name recognition. If you want to win people over, you need to convince them to come work with you.

Money probably won’t be the defining factor since the biggest tech companies can out-compensate just about everyone.

One critical lever that can make an impact is team: people want to work with people doing interesting things.

Make sure your company website is tailored with an eye towards your employer brand, make sure everyone on the team has an up-to-date LinkedIn profile, and see what else comes up on that first page of search results. Candidates are going to Google you and the members of your team before they decide whether or not to join, so do the due diligence before they can.

You need to be realistic about the kinds of candidates who would be excited about your company and whether you can offer them the right opportunity, title, and compensation to get them in the door.

Everybody wants the candidate with five years of big tech experience who attended a big-name university and has experience in a similar industry. The reality is those might not be the candidates you’re able to attract based on what you can offer, at least early on.

On the role growth side,  as a startup, you have a powerful advantage. You can offer someone who’s experienced, but has hit a ceiling growth-wise in their current role, the opportunity to take on more responsibility. If you can offer someone who’s only ever been a mid-level manager at a company like Amazon the chance to run their own product, that can be a powerful enticement.

As a founder, you constantly have to figure out how to do things you’ve never had to do before—that, in fact, nobody has had to do before in quite the exact same way that you need to do them. That’s true of hiring as well. Nobody has hired for your product, in your industry, with your existing strengths and weaknesses, advantages and disadvantages, funding—or lack thereof.

That’s why it’s so important that you—the founder—have a maniacal focus on recruiting and hiring, especially early on. The way you hire will end up being as core to your company’s identity as anything you will ever build or sell. Some parts of that can be abstracted; some need a founder’s touch.

At Dover, we partner with founders and recruiting teams to take on the operationally intensive tasks of recruiting, so they can meet with stronger candidates in less time.