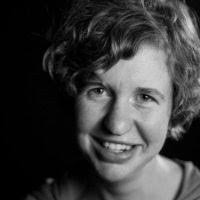 Head of Talent Pipelines at Stripe

Hannah Pritchett has held a variety of roles throughout her nearly 7-year tenure at Stripe: from risk management to technical payments operations to recruiting, her bevy of experiences reflect not only her insatiable curiosity but also her ability to empower the constituent parts of a company -- its teams -- and her natural inclination to develop individuals as any team’s atomic units.

THE BIRTH OF TALENT PIPELINES AT STRIPE.

Moving from the risk and payments world into the people world may seem like an unconventional career decision, but Hannah says that her current role, leading a top-of-funnel recruiting team, felt like a natural evolution for her.

“No matter what business domains I’ve worked in, the people on my teams have always been what’s most important to me, and when an opportunity appeared to build a team in the talent space at Stripe, I felt the role reflected my natural desire to focus on talent strategy and operationalize how people work, not just how the business works.”

Tactically, Hannah’s team exists to make sure Stripe gets the best talent it possibly can, using all available sources.

“When you’re getting amazing candidates from inbound applications and employee referrals, which we were, and when your business is growing rapidly and hiring needs to be fast-paced, we found ourselves deprioritizing sourcing and other creative proactive mechanisms because of limited bandwidth. We needed to build a system to make all of our talent identification work more efficient so that we could scale for the next phase of the business, and we needed a system that would make us confident that we’re finding and hiring from the best and most diverse talent pools out there.”

Since the start of 2021, she’s grown the team from just her to more than 50 people globally. Her team consists of sourcers, talent brand specialists, program managers, and a taxonomist, all working together on a mission to build the most well-oiled and comprehensive talent scouting function in tech.

High-achieving teams depend on strong foundations, and so Hannah focuses on building a thorough and tested “operating system” that can generate a world-class team culture and empower everyone to do their best work.

Hannah outlines the tenets that she feels are important to producing a team that is collaborative, curious, and able to meet and exceed lofty goals for a growing organization.

Step 1: Know what you want

Hannah believes in being intentional about team culture and foundations, and that starts with knowing what she (and her team members) want and value. This means a leader should reflect on what’s in line with the company’s existing cultural norms and values, but also on what’s in line with their personal values. When she does this exercise, Hannah writes it down, committing herself to her and her team’s values, and returns to the document regularly to keep herself honest.

“First, you have to think about what you want. If you haven’t been explicit about defining–and writing down–what kind of team you want to build, then you may end up somewhere you don’t want to be. When I’m starting a new team, or even just reflecting on my current team, I think carefully first about the company’s values, and second about what traits and behaviors I want to see from the people around me. I then use that to guide how I hire but also what team norms I build and what kind of feedback I focus on with my direct reports.”

Step 2: Figure out how to get there

Unfortunately, just knowing what you want doesn’t mean talented hires and a high-performing team fall in your lap; you have to know how to get it too, and Hannah has a system for that.

1. Hire for what you want

The first step is making sure that your hiring process reflects what you want. Obviously, when hiring you should look at whether the candidate has the right domain-specific skills for the job, but you should also incorporate your values, and the traits you want on your team, into the interview questions. It can be tempting to stick to a templated or depersonalized interview process, but excellent team-building starts with excellent hiring, and it’s important not to skip or slack off at this step.

“I value a deep sense of curiosity, almost a level of nerdiness, and that can reveal itself at work or in play, so I ask candidates in the later stages of a process to tell me about the last rabbit hole they went down or a topic they have expertise in. I look to see if they’ve gone deep on something, and it doesn’t matter what it is–someone explained gymnastics to me once in great detail, and another person explained a favorite economics paper. The topic doesn’t matter, but it does matter whether you proactively seek out and synthesize information, and it matters for the team how well you can communicate that.”

Interviewing isn’t perfect, but you can improve it if you’re thoughtful and rigorous about the questions you’re asking and whether they actually correlate to the skills and values you’re looking for. These practices will often also generate a more diverse team; structured interviews, with rubrics tied to actual job skills or meaningful values, mean a broader range of people can succeed, in contrast to bias-laden approaches like, “Can I hang out with this person? Do they remind me of me?”

2. Create team habits and systems
‍
Everything gets easier with the right team in place, but your work as a leader isn’t done yet: now that you’ve hired the people you want, do you have the right environment for them to flourish?

Hannah shared an example with us: a team is set up for failure if the hiring bar rewards curiosity but the day-to-day work is discrete and well-defined tasks with no room for exploration or growth. A critical view into which behaviors you’re encouraging, recognizing, and rewarding– in other words, the culture you’re building–is necessary as well.

“I believe very strongly that any time someone is not ‘behaving’ or performing in the way I’d like them to, I should look first to potential failures in the system and environment, and only later to the individual. Too often leaders, myself included, fall into the fundamental attribution error:  when I make a mistake, it’s because I was [busy/distracted/hungry/insufficiently trained], but when someone else makes a mistake, it’s because they’re [lazy/stupid/mean/bad at their job]. So whenever I spot a mistake, or even just someone not living up to their potential, I try to slow down and ask myself: what does success look like here? Why hasn’t the person achieved it? What am I rewarding, intentionally or unintentionally? What resources am I providing? What feedback are they getting? What barriers make this hard? All of these smaller questions add up to what I’m really asking myself: how can I set up the situation to make success the easy default outcome?”

In part because Hannah views that behavior depends on environments as much as innate traits, she emphasizes building a team culture that encourages people to ask questions, find answers, and trust each other.

This is evident in a curiosity-based ritual she’s created for some of her teams: a segment in the regular team meeting focused on what people have learned recently. One person shares something new they’ve learned during the week, which allows the team not only to spend time learning “on the job”, but gives them an opportunity to get recognized for curiosity and to allow their education to benefit the whole team.

3. Listen carefully, and then adjust
‍
No system or culture is right on the first try, so it’s important to keep an open mind and to be willing to edit what’s been built. Doing that well, though, often requires tough conversations and regular feedback, which in turn requires psychological safety.

“I’m not seeing myself all the time, and I’m an imperfect person like anyone else - it’s important for me to be self-aware and to actively work to make my team feel safe enough to give me the hard feedback I need to be better. If I’m not getting tough feedback, people may be really happy with absolutely everything, but it’s far more likely that they’re not and they don’t feel like they can speak up–and it’s on me to help them trust that they can.”

Hannah employs several tactics to get the upward feedback that is key to her being a better leader; one of them consciously praising even very small attempts at tough conversations: “When someone is weighing whether or not they are safe to take a risk, and go so far as to do so, you absolutely have to reward them for it – if you don’t, and respond defensively, you’ve just taught them that you can’t hear feedback, and you’ve shut yourself off from that direct channel of communication in the future.”

When an organization gets large enough, it’s easy to forget that you can’t just “plug and play” with individuals; humans are complex and unique, and every relationship is dynamic. Managers who’ve managed large numbers of people (Hannah’s managed nearly 200 in her career so far) may want to jump into the deep end with a new direct report, or may assume that trust is an implicit part of the manager/direct-report relationship, but this is a mistake, and it’s worth taking the time with someone new to get to know them personally, to establish expectations, and to start to build a foundation of trust and honesty.

Through self-reflection and awareness, Hannah tries to ensure that every direct report is given what’s needed to directly foster trust in their role, which in turn fosters honesty, achievement, and growth. That often requires testing and iterating – some rituals or practices may work well in certain cultures, but not others, and some individuals may require different methods of care and attention.

USING YOUR “OPERATING SYSTEM” AS LEVERAGE.

When a team is able to run on a system that is built with intention, encourages curiosity and learning, and is particularly thoughtful about the way they work with one another, they can achieve their own goals better. What’s more, a high level of intention and thoughtfulness usually also leads a team to more consciously hold themselves accountable to stakeholders and proactively resolve issues that arise between teams in the business.