Scaling at Scale: Preserving Culture When Your Team is in Hypergrowth 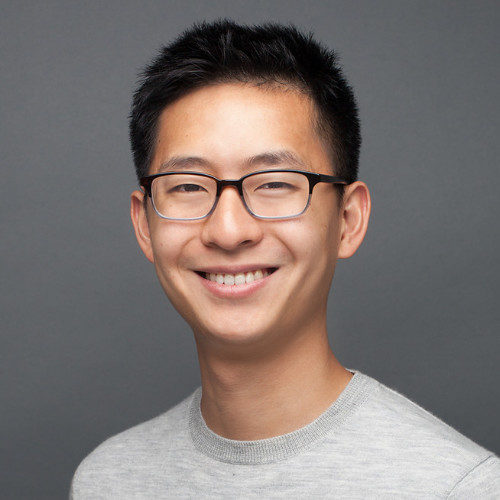 The Path to scale

In case a degree in Computer Science from MIT isn’t impressive enough, Richard Ni managed to pivot and take on leadership roles in an entirely different field in less than five years. After holding several prestigious engineering internships, he realized that coding wasn’t the most interesting part about building a company — for him, it was building the team. Today, he’s the Head of People at Scale, and is a pro at handling the challenges of scaling a team at a hypergrowth company.

"When I really reflected on what I was passionate about — what do I think about in the shower and before I go to bed at night? What’s energizing and de-energizing?? I realized that I was most interested in people: understanding their motivations, advising and mentoring team members, and helping teams scale."

In his first role as a recruiter at Cruise Automation (growing the team from 10 → 700 in 3 years), he learned how to set up systems of communication to ensure that early culture and values continued to infuse every department and business decision.

When he joined Scale, he was more than ready to handle their ambitious hiring goals. As they scaled their team to nearly 700 employees, he knew he’d have to harness the skills he learned as a recruiter to preserve their culture of curiosity, entrepreneurialism, and autonomy, especially as they entered into new markets and unforeseen territory.

His top three strategies for safeguarding culture when scaling your team are:

1. Align leadership so that everyone agrees on the problem.

When approaching a challenge specific to hypergrowth and scaling, the first thing Richard does is outline whether the solution will require a process change, cultural change, or both. Once it’s clear how he’ll tackle the problem, the next step is “making sure everyone at the leadership level is aligned on what the problem is, and why it’s important.”

If everyone’s on the same page, there will be lots of little ways they will help solve the problem in a way that you can never do through controlling processes: it’ll trickle down into the type of people they hire, and the way they communicate ideas and projects to their team.

More tactically, Richard started by auditing every part of their HR/recruiting programs and workflows. For example, as Scale grew, Richard and the team implemented shadow interview training, and standardized rubrics and interview questions with examples of strong and weak responses as a way to align messaging across every part of the hiring experience.

Hiring is a judgment call at the end of the day, so the more practice and language you can give your team, the better.

2. Bring your company values into the conversation.

Though your top-level company values shouldn’t change frequently, Scale periodically reevaluates which “credos”, or values, can be added or augmented to better define their team and culture today. By regularly updating and keeping these top of mind in leadership conversations, they also help guide, frame or simplify business decisions.

We periodically re-evaluate our credos — the goal isn’t to change everything but to be intentional about bringing them into the conversation.

During this audit, his team will look for:

Active communication that is honest and optimistic.

Richard cites proactive and honest communication as the top company priority to maintain morale and a supportive atmosphere, especially amidst the recent market downturn.

As a result, Scale hired a Head of Comms to articulate challenges and company priorities more effectively.

You can be authentic and optimistic. Positioning the problem as “if we do succeed at a, b, and c, then we’ll get to x amazing outcome” while remaining honest about the challenges we face, can be a driving force when it comes to motivation and feeling like it’s all of us against the problem.

Richard says the most rewarding aspect of growing his team has been seeing progress in real-time.

Seeing stuff get done without me needing to spend time on it - sometimes without even knowing it's happening - is super rewarding. Part of this is because we’ve hired great leaders and great recruiters, but also because we’ve fostered a culture of ownership and innovation.

As the team continues to grow, Richard is ready to build more systems of communication to ensure that their values are infused into every arm of the business.

At a company level, he’s excited to see where the future of AI will take Scale: “there are entire industries we’ll serve down the road that we don’t serve today — we’re all excited to build our team to excel at serving them.”